Extend an invitation to the King’s Indian, Nimzo-Indian, and Grunfeld Defense players to leave their preferred theoretical landscape and take a leap into the wonderful, wild world of the Trompowsky Attack.

The waters of the Tromp are anything except quiet. They will test both players’ chess abilities in many aspects of chess.

In many instances, you will be in for a wild ride, but the more fantastic the ride, the more fun you are likely to have or crumble sooner. The Trompowsky Attack poses questions even to those who choose to play it, but you can master this opening if you apply yourself.

Great Games in the Trompowsky Attack

Check out All Trompowsky Products here! 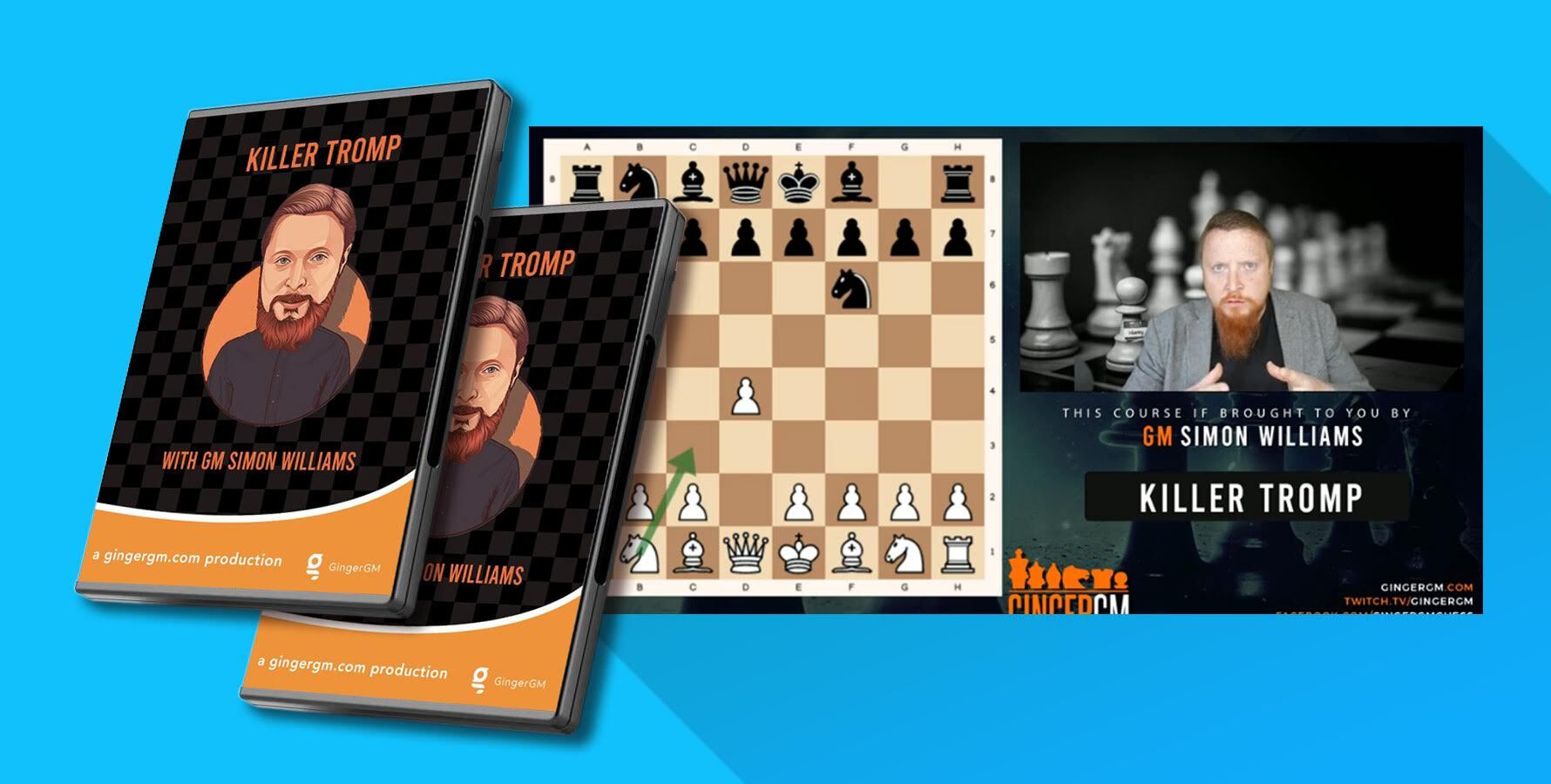 One of the earliest Trompowsky Attack games on record took place in 1912.

This chess opening is named after Octavio Trompowsky, a Brazilian chess player who played it in the 1930s and 40s.

The Trompowsky Attack fell out of favor until its revival in the 80s by Julian Hodgson. In 1990 Anand used it to defeat former world chess champion, Anatoly Karpov.

The current world chess champion Magnus Carlsen has used the Trompowsky Attack with good effect, even if primarily in Blitz games. A win against a 2700-rated player is a good win in any format.

Ideas and Strategies in the Trompowsky Attack

Nowadays, chess players must temper their ambitions with the time they have to spend studying chess openings. Because of the access to chess material today, it is increasingly difficult to show any advantage from the opening.

If you are not going to achieve any significant advantage from an opening, the next best option is to find openings that lead to exciting positions. Your opponent is more likely to make a mistake in complicated, exciting positions.

The Trompowsky Attack leads to positions that, despite being equal, are exciting and enjoyable to play. 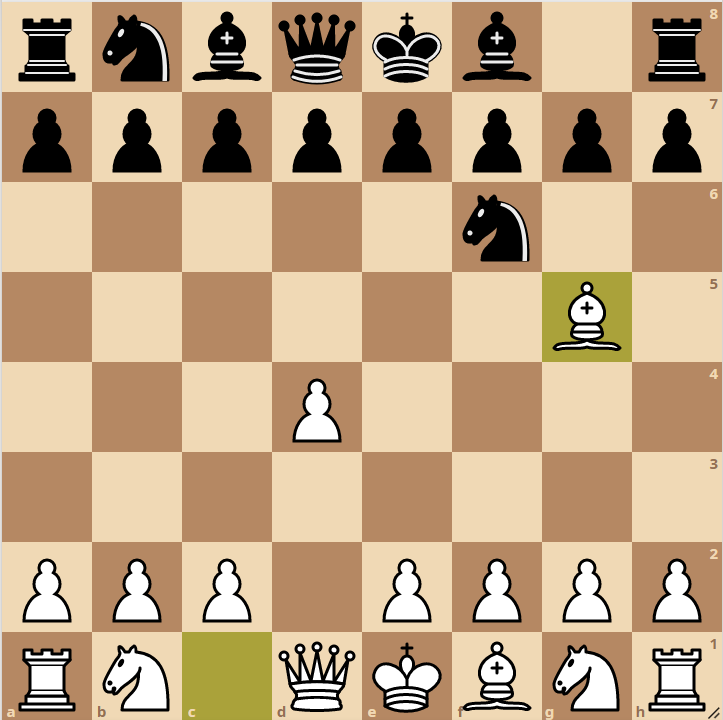 On the second move, white threatens to damage the black pawn structure. Although the doubled f-pawns are not easy to attack, they are limited, and advancing them will only increase their weakness.

Every chess move involves some give-and-take. Advancing your pawns leaves squares behind them they can no longer protect, and developing your bishop to g5 leaves the b2-pawn undefended.

When black targets the b2-pawn, one of the first things you notice is it takes time and often involves the early development of the queen. White can use this time for development or to increase his control of the center, or both. 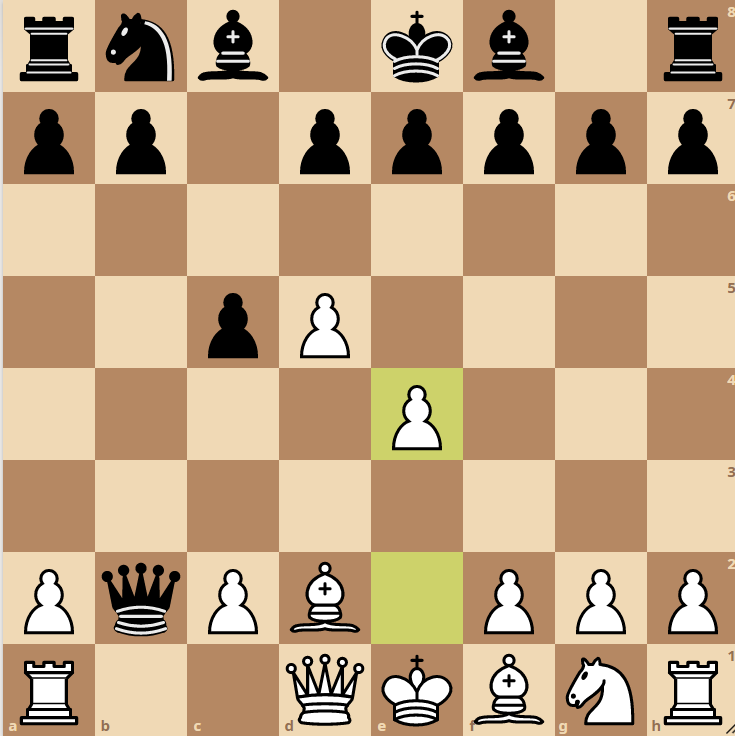 Sacrificing the b2-pawn for a lead in development and greater central control is a recurring strategy for white in the Trompowsky Attack.

Redeeming An Unappealing Gambit for White

The Blackmar-Diemer Gambit is usually not a good choice for white, but in the Trompowsky, we can enter it a move ahead. This opening position is reached after 1.d4 Nf6 2.Bg5 Ne4 3.Bf4 d5 4.f3 Nf6 5.e4 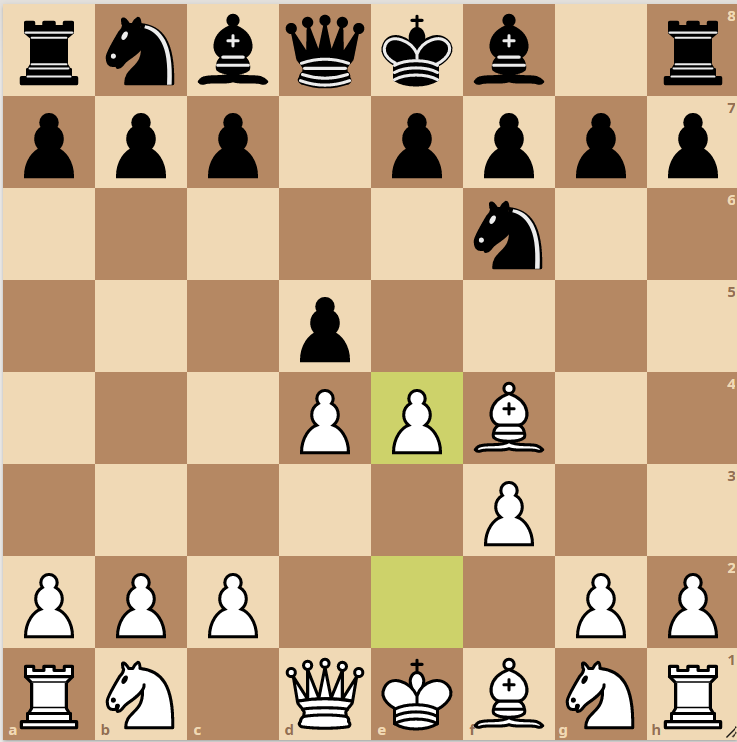 Although White’s bishop has taken two moves to reach f4, the black knight has moved three times and is back on f6. The extra move's impetus given to this gambit can prove lethal for your unprepared opponent.

When playing this gambit, do not rush to recapture the pawn after 5…dxe4. Instead, you develop with 6.Nc3, and if Black accepts the gambit with 6…exf3 7.Nf3 sees three white pieces developed and only one for black.

Apart from the lead in development, there exists a lot of attacking potential in the semi-open f-file.

The f-file is not the only attacking file for white, who can make use of the d5 advance to open the d-file. This pawn advance is often supported by castling long and lining up the rook against the black queen.

Positional players are likely to prefer the quieter 4.e3 instead of 4.f3.

The most popular response by black to the Trompowsky Attack is 2…Ne4, followed by 3…c5 or 3…d5. Against 3…c5, play often enters a Benoni-type position where the key move for white is to undevelop his bishop with Bc1.

The misplaced queen on b6 compensates for this loss of tempo. In the Benoni Defense, a key pawn-break for black is …b5. This move is not possible with the queen on b6. 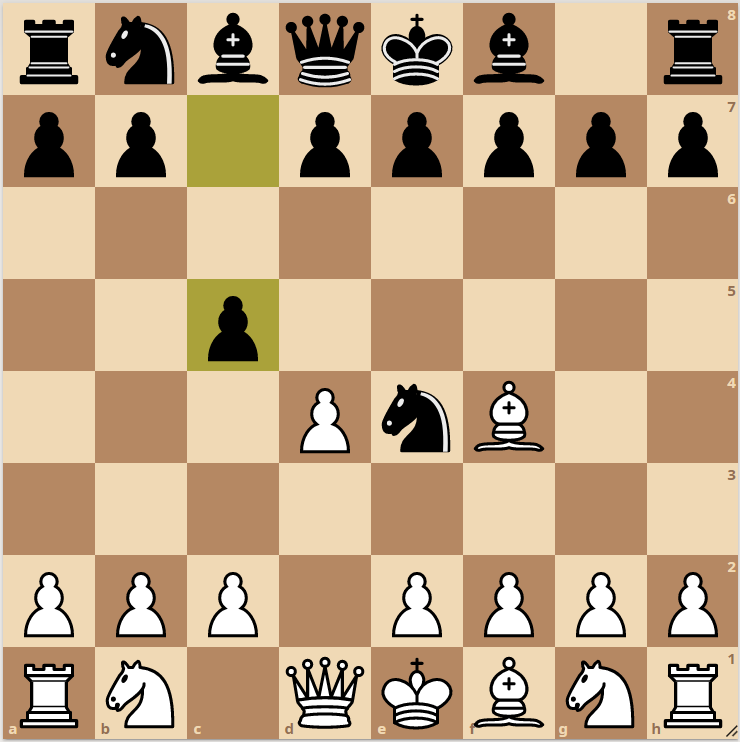 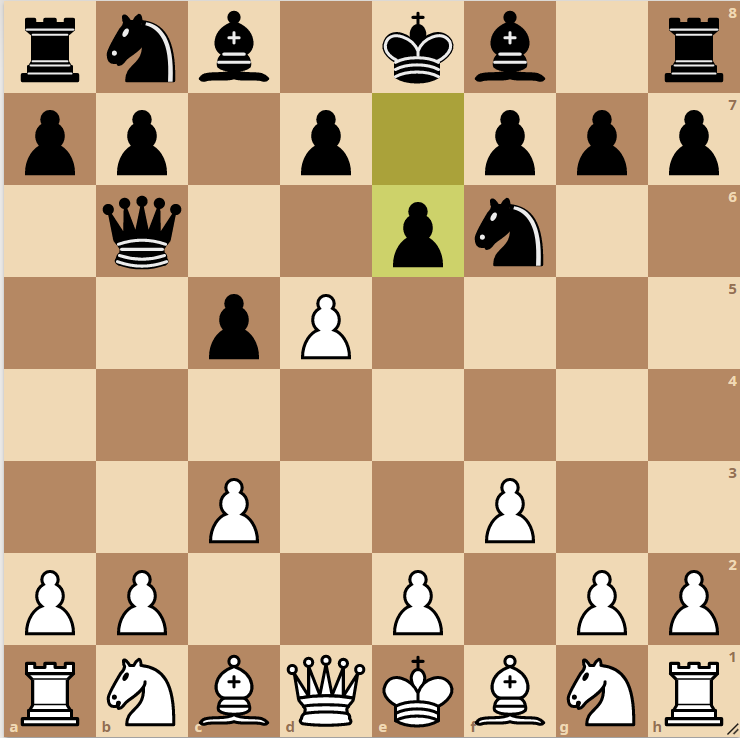 Black decides to open the position since he has a lead in development. However, white has a space advantage, and Na3 prevents black from playing …c4. 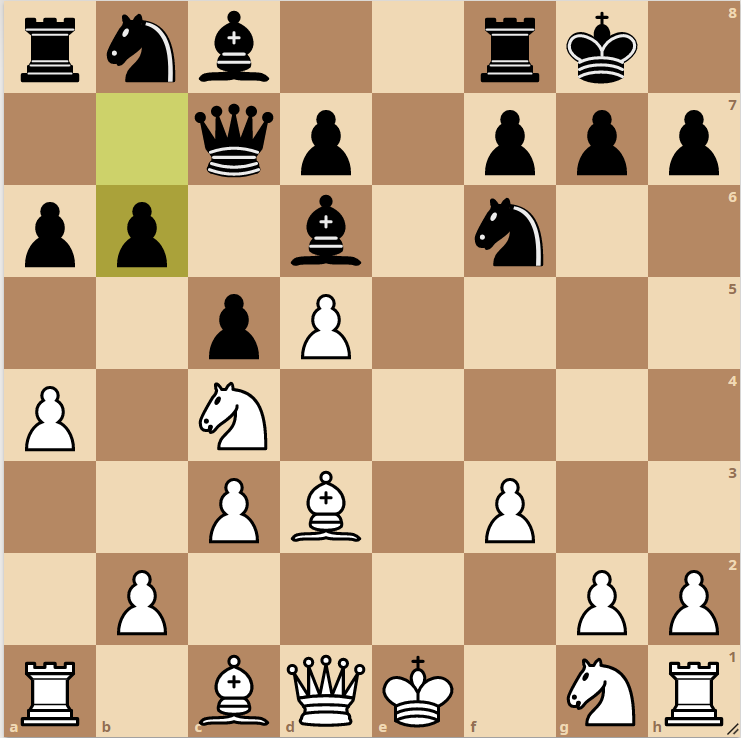 The second most popular move after 3.Bf4 is 3…d5. This move gives white the chance to play the Blackmar-Diemer Gambit, with 4.f3 and 5 e4, or a quieter London System with 4.e3. 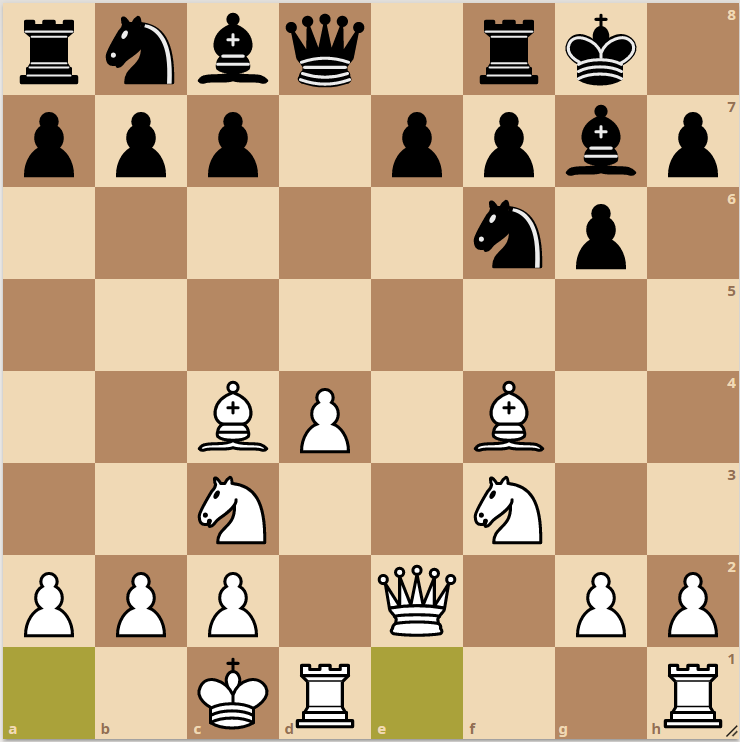 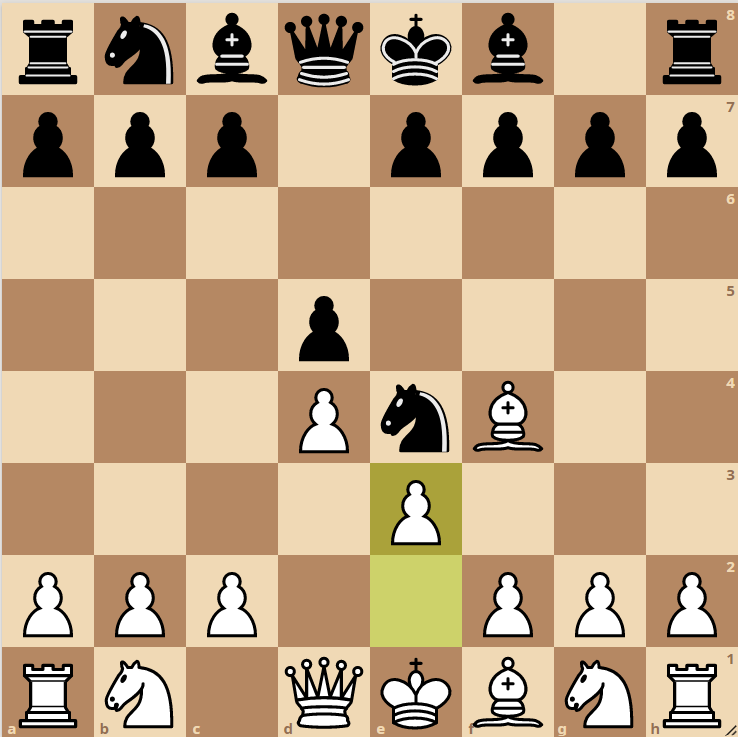 Despite the attacking style of 4.f3 and 5.e4, the most popular move for white is 4.e3. Although reminiscent of the London System, this is not a proper London System position because the black knight is not on f6. 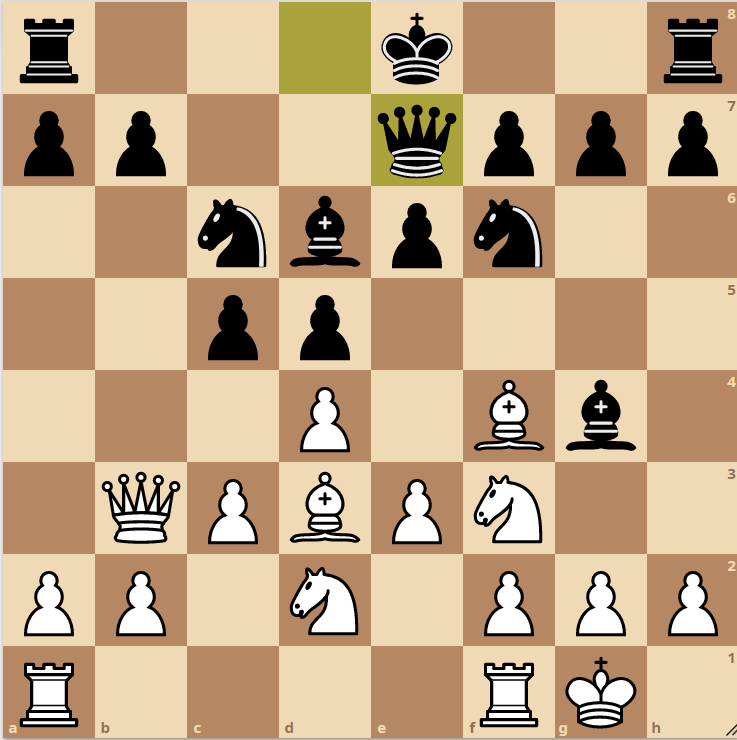 Both sides have developed their pieces to nice central squares. Black will castle soon while white will play for the e4-advance.

Welcome to a fascinating variation of the Trompowsky Attack. Opposite-side castle and central control versus the bishop pair make for positions rich in imbalances. 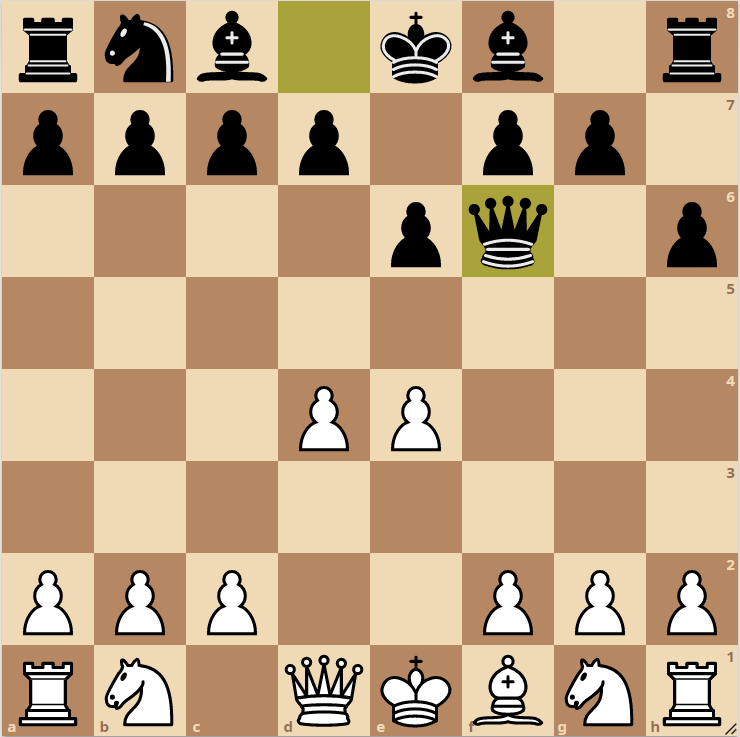 You can begin with 3.Bxf6 and play 4.e4, but why not give your opponent the chance to go wrong?

If your opponent plays on auto-pilot, they might miss your threat of 4.e5. Then they will have to weaken the kingside with …h6 and …g5 to save the knight.

Developing the knight to f3 first blocks the f-pawn however it is best to develop a knight to c3 only when black can’t play …Bb4. Black usually plays …d6 on move five, so you don’t need to delay developing the second knight for long. 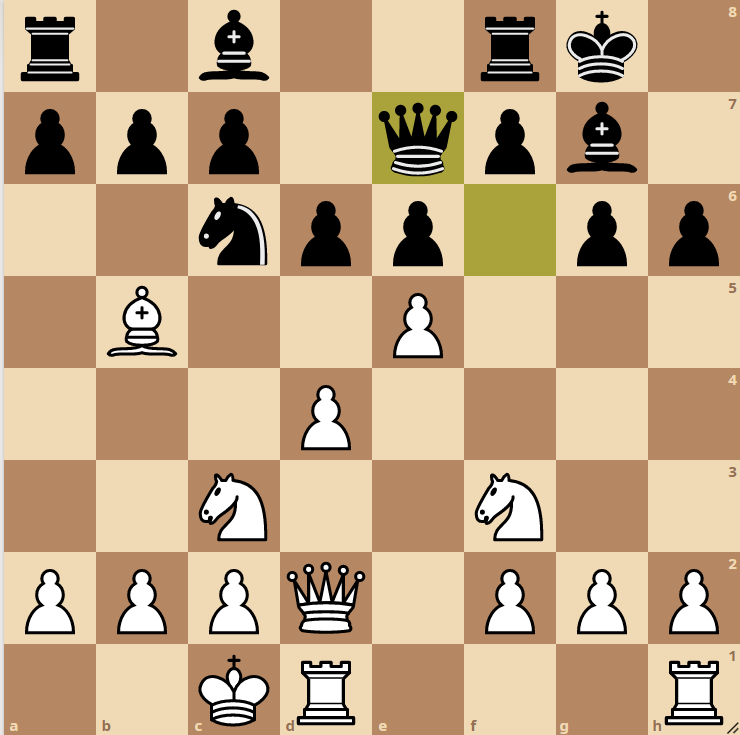 Exchanging on f6 did more than gain control of the center for white. The exchange brought the queen to f6, where it allowed white to attack the queen with e5.

The e5-advance frees the e4-square for the knight. From e4, the knight can settle on the f6-square and place lots of pressure on the black king.

This variation of the Trompowsky Attack starts off positional with white giving up the bishop pair to inflict a structural weakness on black - doubled-f-pawns. Things can soon change with dynamic play taking over after opposite-side castling.

When you castle queenside, always be vigilant against …Qa5 and double-check your a-pawn is defended either by moving the king on b1 or by a knight on c3 unless you have the calculation skills of a 2800-rated chess player.

It is essential to pay attention to defense even when playing an attacking opening like the Trompowsky Attack. 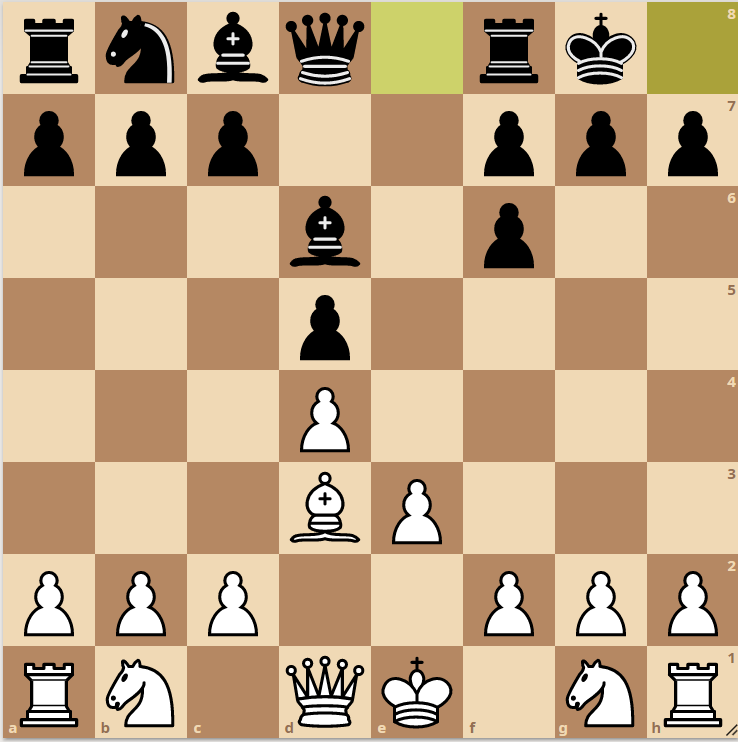 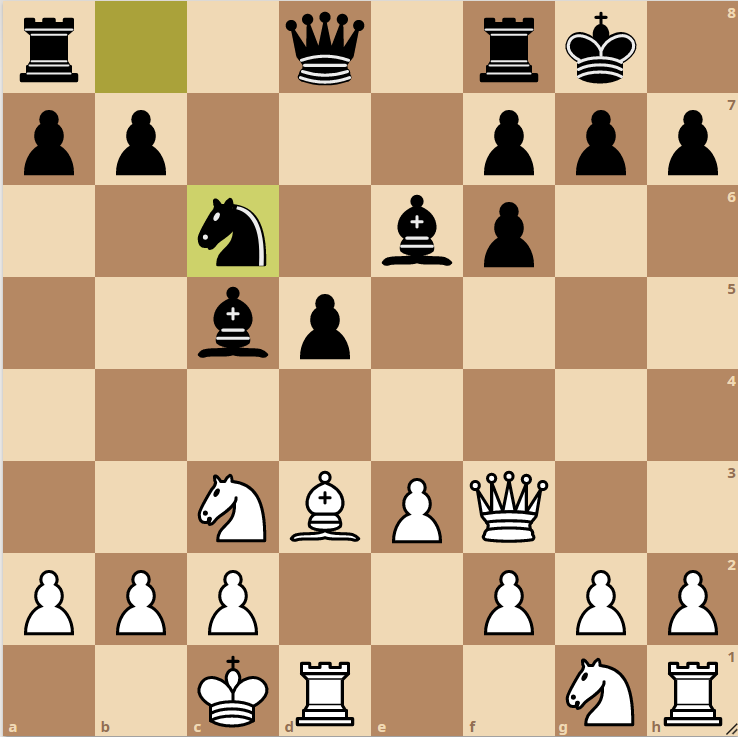 In his game against Ding Liren, Mamedyarov bravely allowed Ding Liren to draw his king onto the open d-file and gave up both the a-pawn and b-pawn.

Once again, we enter a variation where we offer a poisoned pawn on b2 to black and try not to smile too broadly if he accepts. On second thoughts, smile broadly and unnerve your opponent. 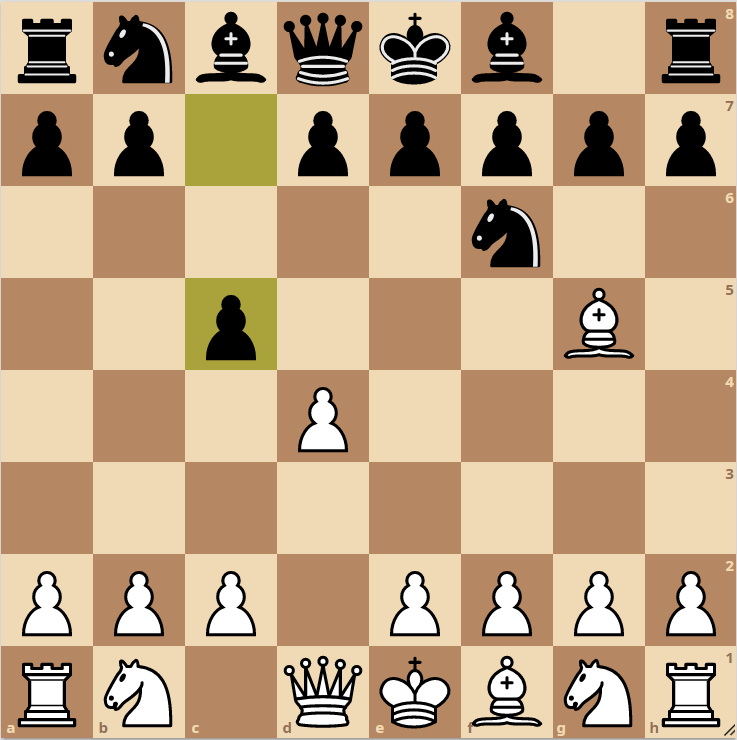 Against 2…c5, we enter the tremendous opportunities the Vaganian Gambit provides. There might be other ways to play against 2…c5, but why let your opponent off the hook?

In the Vaganian Gambit, you are only giving up a pawn and gaining several tempi, a broad center, and tying down the black pieces if your opponent tries to hold on to the pawn. 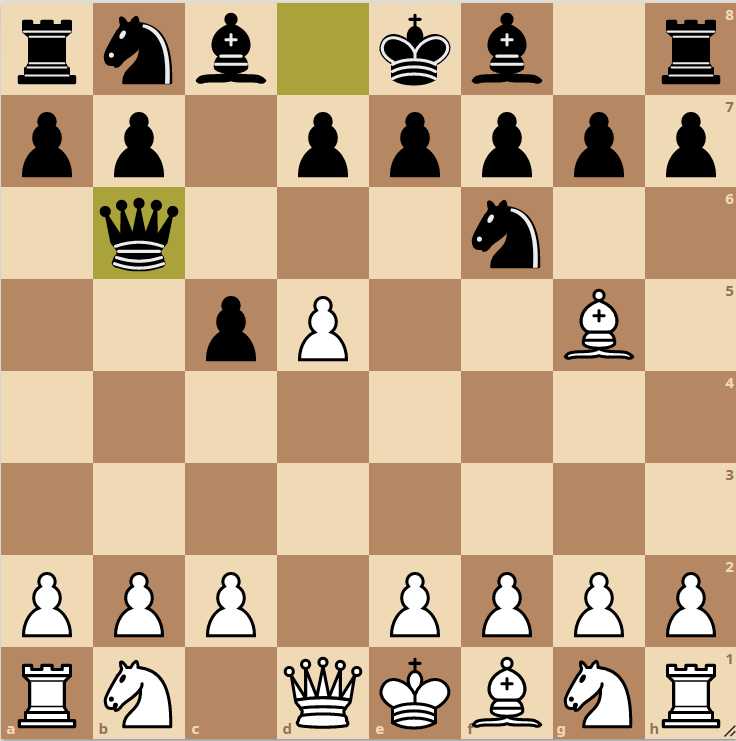 A natural move for black in the Trompowsky Attack, your opponents are likely to play without much thought. 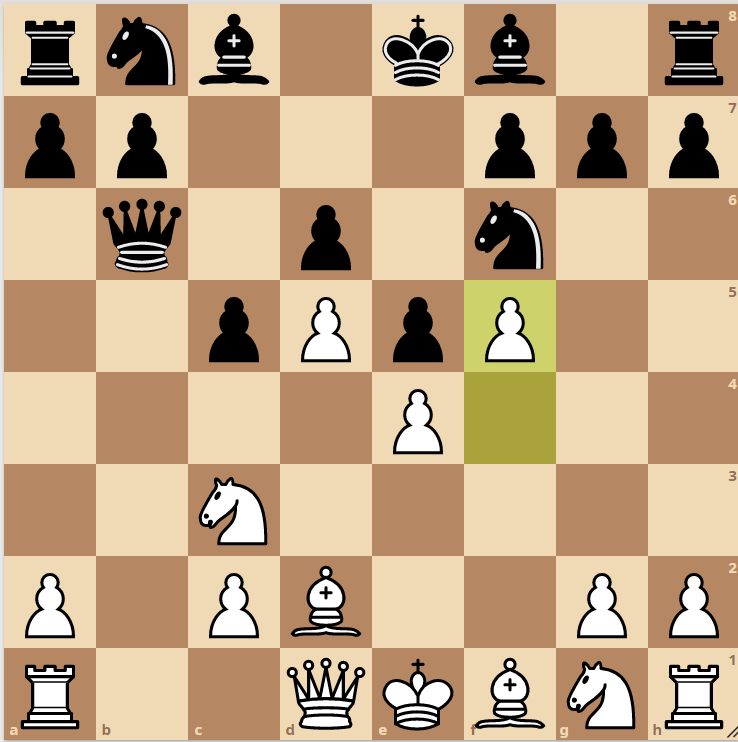 When you have a lead in development, the usual approach is to open the position. In this position, controlling the black pieces and restricting their space makes more sense.

Once you have restricted the mobility of your opponent’s pieces, you can use the extra space and time to build up your attack.

Here white must remember to watch Black’s pawn breaks by keeping the bishop on the f1-b5 diagonal. A good square for the bishop is e2 because it also keeps an eye on the kingside.

Also, keep in mind your king is not exposed if your opponent cannot reach it, and here white can continue with g4 and h4. Seldom does our inner caveman get to play on the chessboard in such a carefree and unrestrained manner as it does here.

Now 8…h5 is seen as an improvement over 8…Be7, although Salvijus Bercys might disagree after losing to an opponent rated over 100 Elo lower in only 24 moves.

The Trompowsky Attack is a great attacking weapon against 1…Nf6, but it is not a complete 1.d4 repertoire. You will need to find another system to play against 1…d5.

If you want to minimize the time you spend studying opening theory, then the Torre Attack or Colle System are good options to play alongside the Trompowsky Attack.

Taking your opponents into unfamiliar territory early is an excellent way to place them under pressure at the start of the game. Because defending is known to be more complex than attacking, remain alert to the chance of your opponent making mistakes early in the game.